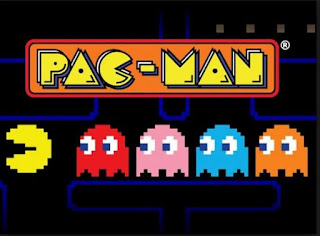 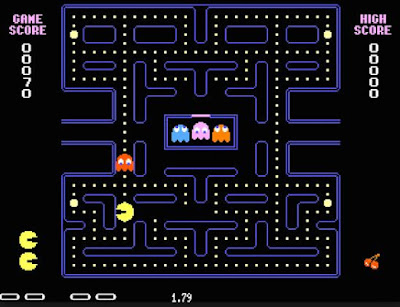 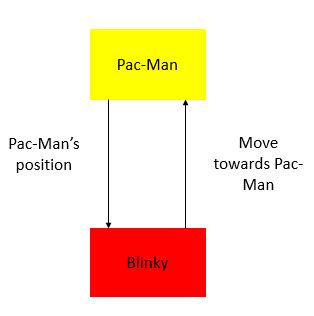 Blinky
This ghost goes for the straight attack to the player. It chases the player from behind. Wherever Pac-Man goes this ghost is following closely. 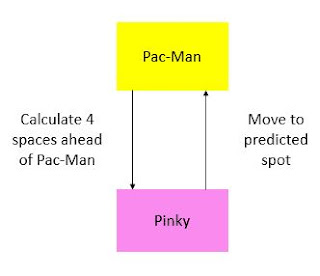 Pinky
This ghost is trying to predict where the player will go. It will hang in the general area in front of Pac-Man. It will occupy an area it thinks the player is moving to four spaces ahead. 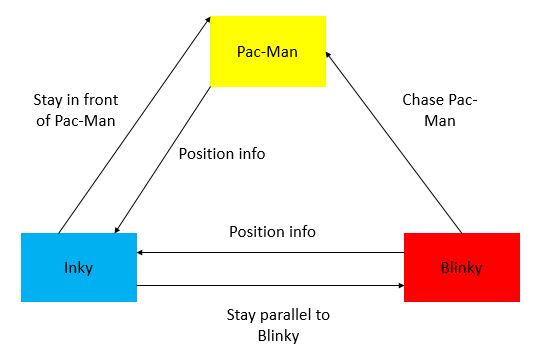 Inky
This ghost has the most complex movement of the four. It stays in a general area in front of the player. However, it also takes into consideration the position of Blinky. So if Blinky is close Inky will be there as well. If Blinky is far Inky will be far away. These two work together to try and trap the player from the front side and the back side. 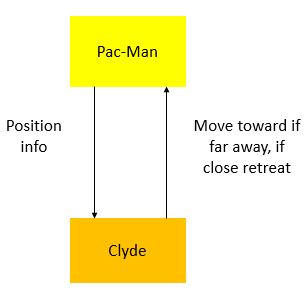 Clyde
This ghost is the least dangerous of the four. It goes in for the attack and then once it gets close it changes its mind and runs away. 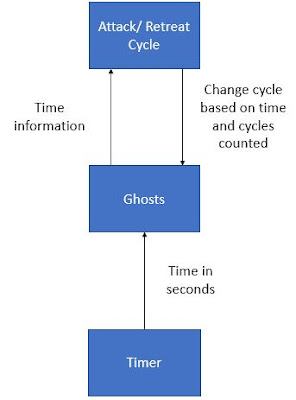 Attack/ Scatter System
The ghosts will scatter for a few seconds and then attack for around 20 seconds. They will cycle through this phase varying amounts of times depending on the level. Then once they go through the cycle a certain amount of times they will exclusively attack. 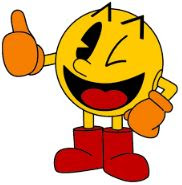 The ghosts individually do not pose a threat. However, the combination of all four together creates a dynamic system that elicits fear in the player of the game. It is what makes Pac-Man such a fun game and an all time classic. This system takes the player through periods of fear and relief making the game an experience even though at it's core it is simple. 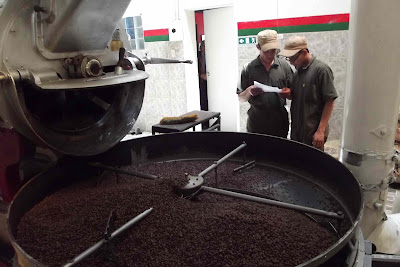 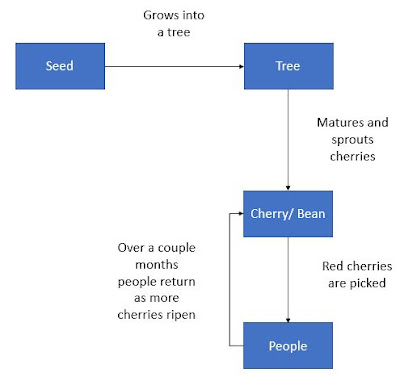 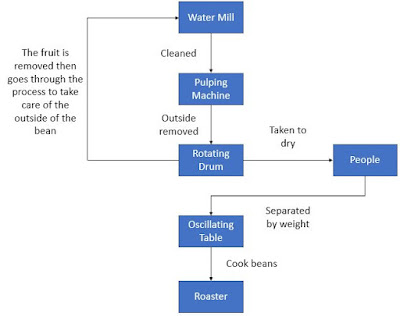 The seeds are planted in a container for a year. They are then planted in a field where they grow to maturity. Once they age properly they grow flowers which then turn into the cherries which contain the coffee bean. The cherries start out green then turn red. When they are red they are ready to be picked by the farmers. The farmers bring them to the factory to be processed. The cherries are placed in a water mill that cleans the surface of the cherries. They are then dropped onto a water screw that takes them to a pulping machine. The pulping machine removes the skin of the cherry. Next they get sent to a rotating drum that squeezes the bean out of the cherry. The beans get sent to another water mill that removes any leftover cherries and cleans off the beans. The beans then get sent to a bin and are taken from the bin by people and taken outside to dry in the sun. Once dry the beans are put in a rotating drum that removes the shell of the bean. Then they are sent to an oscillating table that separates the beans by weight. The beans are bagged up and sent to a roasting machine that cooks them to perfection.

Coffee is the second most traded commodity after oil. It is an incredibly popular drink that people all over the world enjoy. People drink it for leisure, taste or caffeine. This assignment was made with the help of caffeine from coffee 😉. 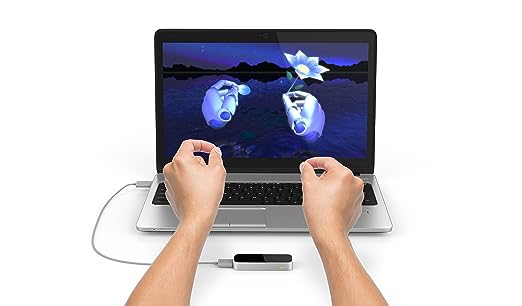 The cameras and infrared LEDs are directly connected to the software of the Leap Motion. 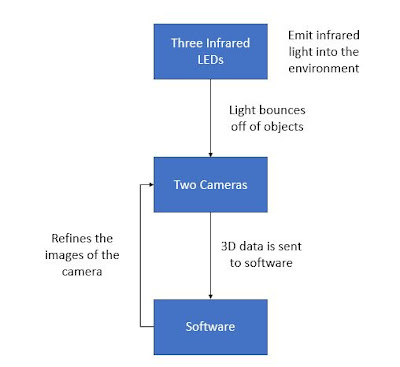 The Leap Motion has a field view of roughly two feet in all directions around and above it. The infrared LEDs shine outward and reflect infrared light off of objects within the field of view. The light is then captured by the two cameras. The data is then adjusted in the hardware of the Leap Motion. It then sends this data to the computer software. The software accounts for background objects such as heads, lights or other objects. It then depicts a 3D image of what it sees. The program tracks hands and fingers. It also will predict the position of parts of the hand that are blocked. It sends the raw position data of everything to another program to be used for whatever purpose that program serves.

The Leap Motion is a motion sensor and detector for hands. It tracks the position in 3D space of the user's hands and fingers. This device can be used for games, art pieces, or any type of computer program that a creator wants to use it for. It can be used mouse and keyboard free control of programs.

Ecological System: Bees and the Environment 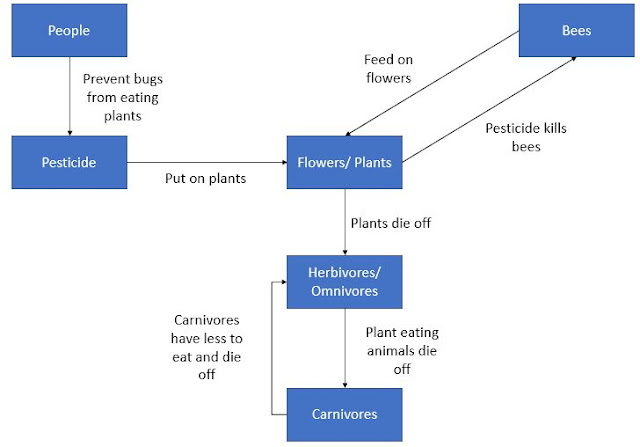 People put pesticides on plants to try and prevent bugs from eating the plants. The bees then go to the flowers on these plants to try and feed themselves. The pesticide kills a lot of the bees. This means that the bees cannot pollinate all of these flowers. Since there is less pollination the plants cannot reproduce. Now the population of the plants decreases. The omnivores and herbivores that feed on these plants have less to eat and they begin to die off. The carnivores that eat the herbivores and omnivores now have less food to eat and they begin to die off. 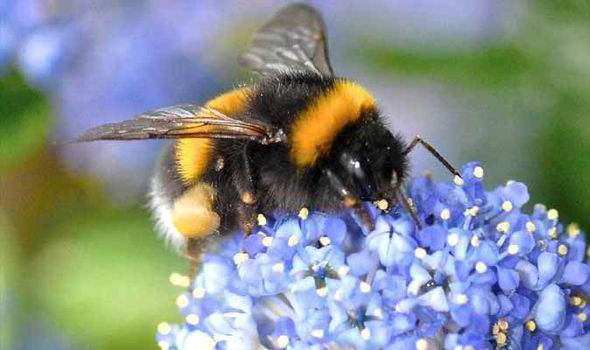 Bees are a vital part of the environment almost everywhere on the planet. They feed on the nectar from the flowers of plants. In the process of doing this they pollinate the plants which allows the plants then to reproduce or sprout fruit/ vegetables. Which then allows the rest of the food chain to have stuff to eat. Bees are critical to the survival of almost all animals on land. 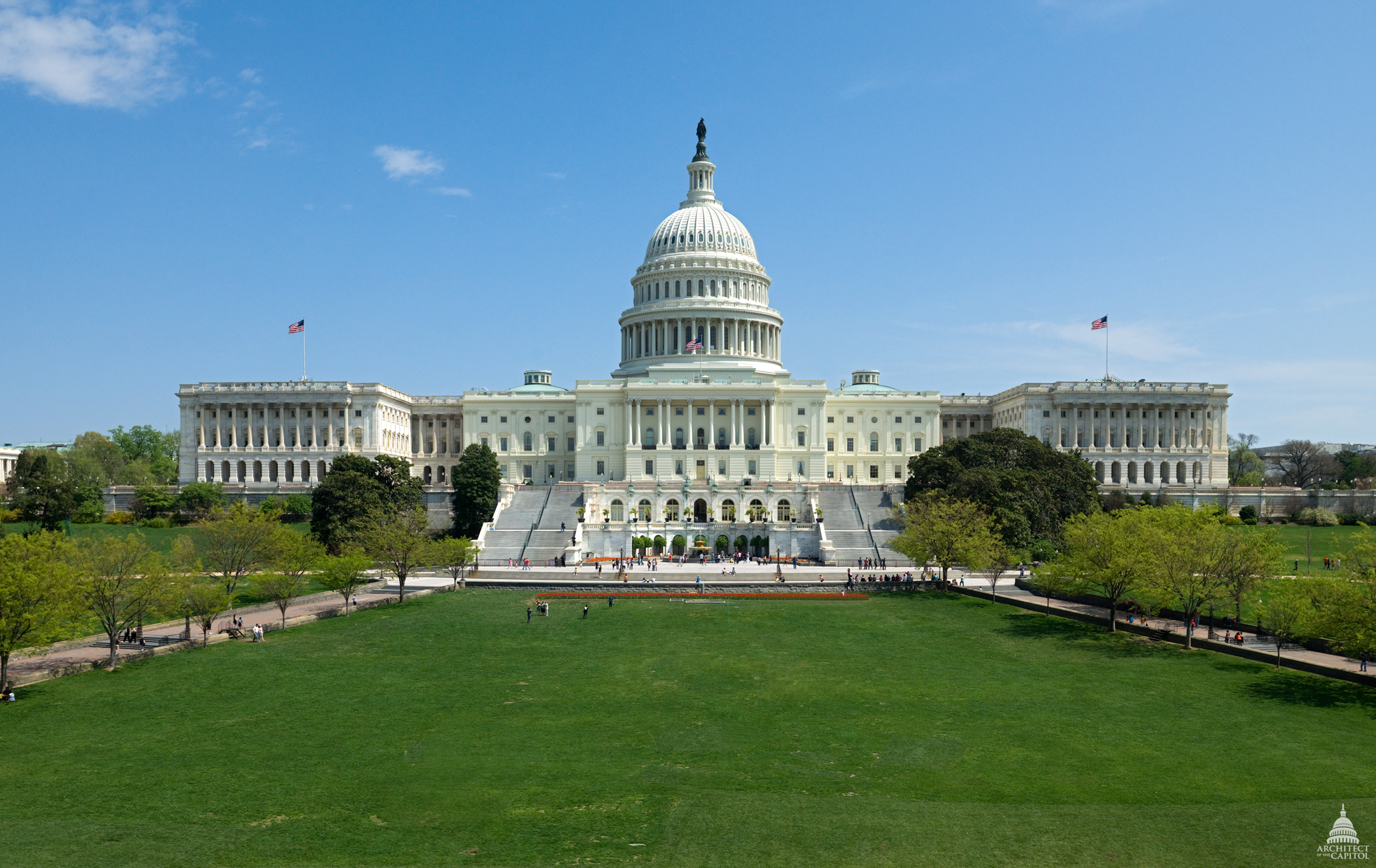 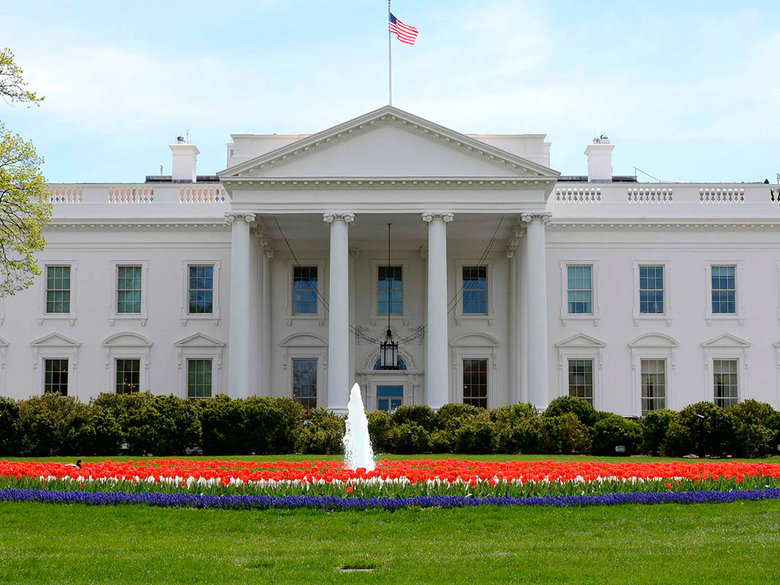 All of the elements of this system excluding the president are directly connected. After all of the other elements are successful then the president becomes a part of the process. 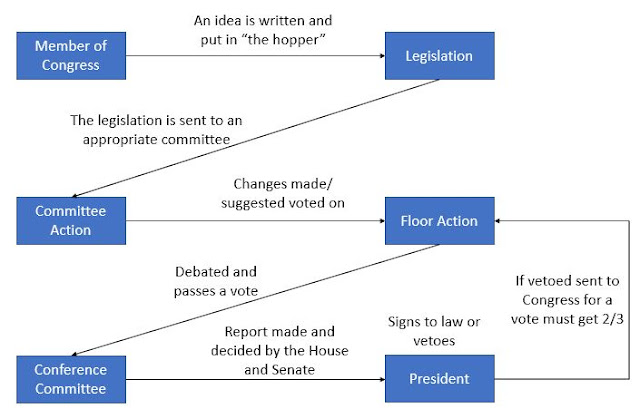 A member of Congress takes an idea and writes it into a piece of legislation. That file is then put in a thing called "the hopper". It is then sent to a committee that is knowledgeable on the subject of the legislation. The people in the committee then decide whether or not they like it. They can suggest changes to it and they vote on whether or not to keep those changes. The legislation is now sent to the floors of Congress. It is debated by the members of Congress, they can suggest amendments to it if they want. The legislation is then voted on by Congress and sent to a Conference Committee where it is debated and potentially changed. Following that they write a report that must be approved by both the Senate and House. It is then sent to the President who can sign it into law or can veto it. If it is vetoed it is sent back to Congress where it can be voted on again and if it receives 2/3 of the vote from both the Senate and the House it becomes law.

This system exists in order to have a foundation in which to make new laws. This process is made rigorous ideally to make sure that a piece of legislation only goes through if it is of the highest quality. Also it goes through many different avenues of politicians and committees in order to make sure that representatives of all political philosophies can have an input as to whether or not a new piece of legislation will become law and they can potentially make changes to it.

Up Goer Five: How the Water Animal with Many Leg Like Things Changes to Look Like the Area It's In

By Kelly Cortes and Brad Tully 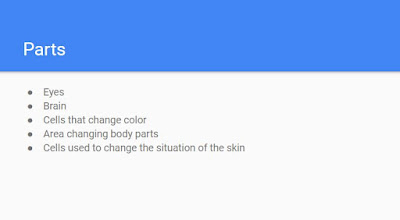 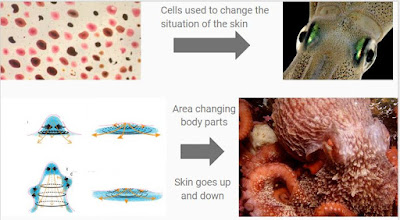 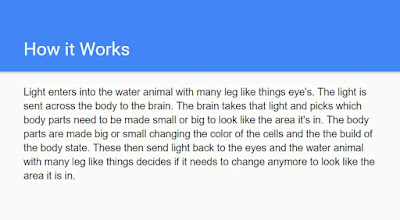 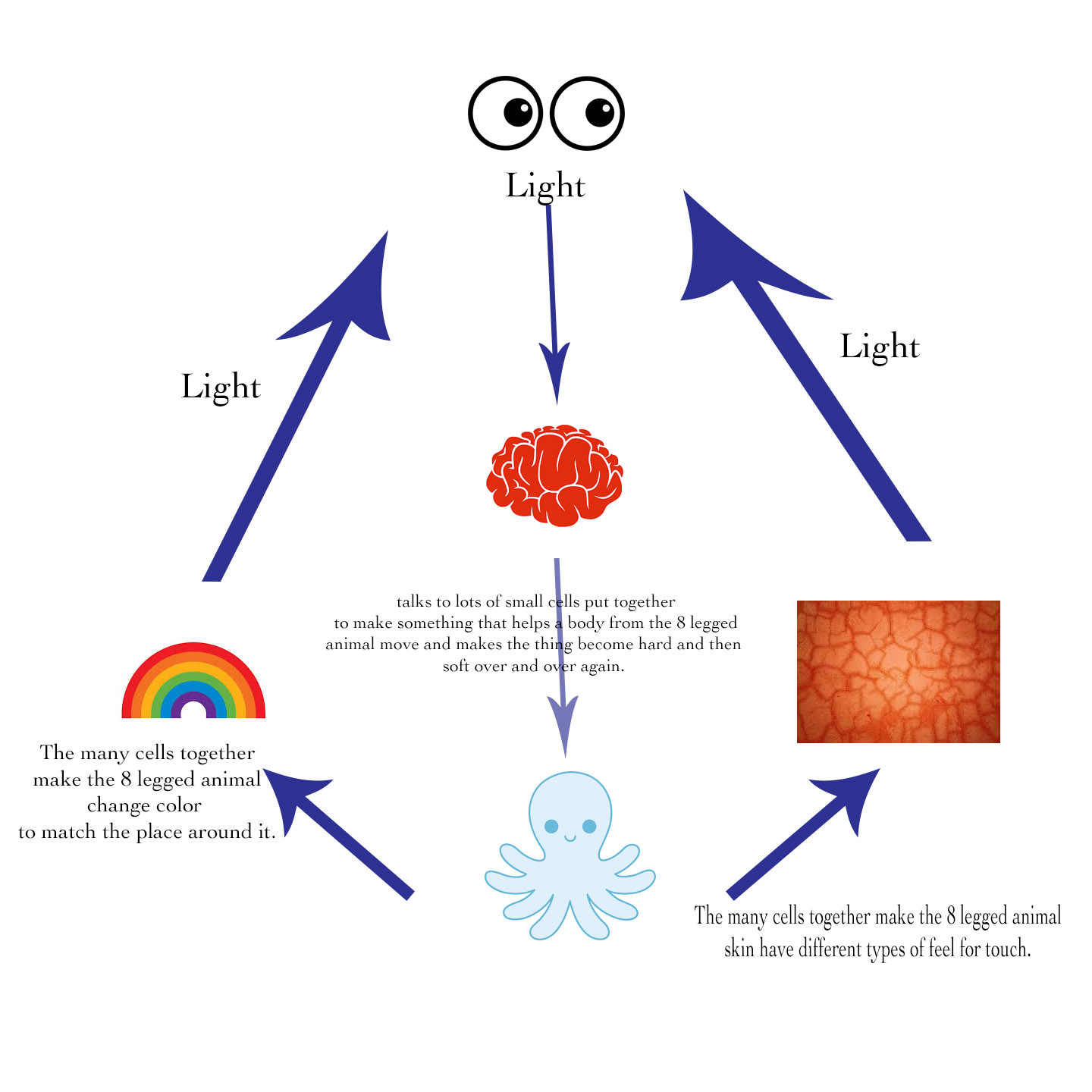 How Cephalopods Camouflage Themselves 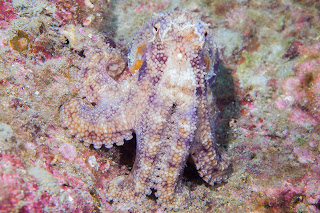 There are five basic components that cephalopods use to camouflage themselves. 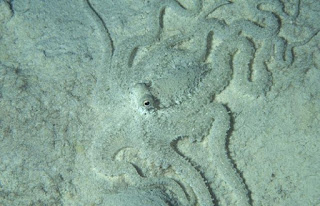 The brain is interconnected with all of the other elements. The muscles are connected to the papillae and the chromatophores. 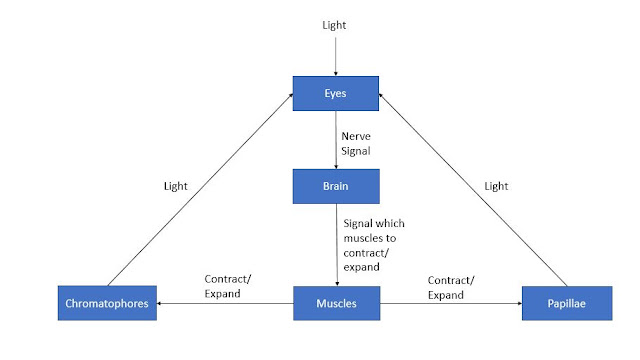 Light flows into the cephalopod's eyes. The visual information is sent across the nerves to the brain. The brain takes that information and determines which muscles need to be contracted or expanded to blend in with the environment. The muscles expand or contract changing the color of the chromatophores and the shape of the papillae. These then send light back to the eyes and the cephalopod determines if it needs to adjust anymore to blend in with the environment.

Cephalopods use this unique system to hide in plain sight from predators. Depending on the species there are other uses as well. Some types of octopus will create bright colors that stand out to warn animals approaching them that they may attack. Others use certain colors as a visual cue to attract a mate or ward off others of the same species and gender. Some species of octopus can use these techniques to imitate other types of animals to ward off potential predators.